Posted on April 20, 2014 by aliceinbloggingland

When an author describes a house, I almost always superimpose the description on one of the stock houses of my imagination—the house I grew up in, my grandparents’ house, or a neighbor’s house where I spent a lot of time as a child. When fine points of the narrative intrude that don’t correspond to the house of my memory, I sometimes resist the adjustment. Usually, eventually, I change the memory of the house to accommodate the story I am reading. Thus new hallways and closets and side rooms get added on, and I lose track of what is remembered and what is imagined.

It is a lot of work to build a house from scratch, even in imagination.

My mother taught science at the Laurel School, a private girls’ school, for several years, and I attended a theatre program at the school for two summers. Laurel’s lofty hallways, Gothic style architecture, echoing marble steps, and slant of sunlight from high windows now feature as part of another iconic location in my reading imagination. The school figures prominently in my consciousness when I read British literature, because that is where I first performed Shakespeare—the witches’ scene from Macbeth. I didn’t care for Shakespeare at age 9, and resented the teacher who forced us to learn such incomprehensible words indoors on a sunny summer day. But now when I read Shakespeare, the vision of Laurel’s shadowy Gothic hallways lingers pleasantly.

And, when I read stories set at Oxford or Cambridge University, I employ a particular darkish hallway opening onto a courtyard at Laurel as a backdrop. The mystery novels of Dorothy Sayers, starring British nobleman Lord Peter Wimsey, and many Margaret Drabble novels of the tortured British middle class have scenes that flit over the halls and lawns of Laurel School as I read. I have been to Oxford and Cambridge by now, but it takes effort to use my less vivid memories of these actual places—Laurel’s Gothic arches are ready to hand, so I use them instead.

The stories of Edward Eager—Half Magic, Knight’s Castle, and others—which I reread with my own children a few years ago, also evoke Laurel’s architecture. Perhaps I read these books when I studied acting and dance there. The magic of making art myself, in the rich and absorbing environment of Laurel’s theatre program, and reading about children transported by a magic coin, are intertwined in my memory and imagination.

Now an old friend is the head of Laurel, so when I read British literature and Laurel flits into my mind, I think of her. A whole new association of memories gets overlaid onto my stock landscape, and are incorporated into my experience of reading and rereading. I worked on several theatrical productions with this friend, including Shakespeare’s Twelfth Night and Dickens’ Great Expectations, so the overlay is thematically compatible. It gives me a false sense of a shared past with my friend, though we did not know each other until long after I walked the hallways of Laurel.

Returning to the actual locations of my go-to reading spots can be jarring. I stayed at my friend’s home behind the school, and saw Laurel from an entirely different vantage point. I was glad that the school was closed and I was not able to enter the main hallway—I am happy to hang onto my memory of high windows blurred by the sun, filling the front entrance with a cloud of faintly yellow light.

I have re-entered the home of my childhood several times over the years, and it always feels cramped and small. I do love the way the cool air of the front closet still swishes out when you open the heavy door, and the just-right way doorknobs feel in my hand. But the reality of the house, even with familiar wood flooring under someone else’s furniture, seems to crush the gauzy vision of the house in my imagination.

Until I start to read a new book. Or write a new story. Then the vision leaps to life as I comb out details, populate it with characters from the book or from my memory. It seems realer than the recent memory of the present-day house, full of other people’s stuff.

What stories have I mixed together by setting them all in the same house? How often have I fractured stories when an important detail didn’t fit, and mid-reading I had to relocate the whole narrative into a new house, either through the effort of following the author’s description, or by placing it in some other stock house of my imagination and memory?

I feel footnotes when I am hurtling along a book that demands I follow its plot. I don’t take the time to imagine the details, because I want to know what happens. I let the story default into a house of my memory, and make a mental note to fill in the details as the author intended them on a subsequent reading.

But the grooves of memory run deep, and I don’t always make the corrections. 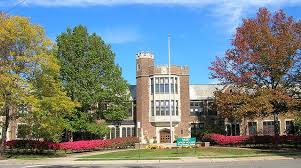 I am starting a blog in order to establish a regular writing habit, with readers. Enjoy!
View all posts by aliceinbloggingland →
This entry was posted in Uncategorized. Bookmark the permalink.