Posted on April 17, 2014 by aliceinbloggingland

O is for the 17th Earl of Oxford, the man who wrote the Shakespeare plays, also known as Edward de Vere. Vere is the Latin root for the word “truth,” a concept that gets much play in the sonnets, along with the word “ever,” themes of concealed identity, fame, lost status (de Vere was ultimately exiled from court life), and regret. The poet triumphs in the knowledge that his words will live on, even if his true (vere) identity is never revealed.

Your monument shall be my gentle verse,
Which eyes not yet created shall o’er-read;
And tongues to be your being shall rehearse,
When all the breathers of this world are dead;
You still shall live, such virtue hath my pen,
Where breath most breathes, even in the mouths of men.
(Sonnet 81)

O is for Oh no, now the traditionalists are going to throw tomatos at me. I’m not out to convince anyone. Other readers can go ahead and believe in the traditional biography, but it never made any sense to me. Reading Oxford’s biography and the clues in the plays, and especially the sonnets, makes reading Shakespeare a much richer experience for me. If you are interested, do some reading—Mark Anderson’s “Shakespeare” By Another Name, Richard Roe’s The Shakespeare Guide to Italy, Diana Price’s Shakespeare’s Unorthodox Biography. Then decide for yourself.

O is for a Shakespearean O, which I uttered when I read Roe’s discovery of defunct canals in Italy that explain the odd references in the plays to sailing from one landlocked city to another. And when he found a place called Sabbionetta, or Little Athens, which corresponds to multiple details in the setting of A Midsummer Night’s Dream, including a Renaissance theatre, similar to the one where the mechanicals mount their production of Pyramus and Thisbe, one of only four extant Renaissance era theatres in Italy. O!

O is for a sigh that thoughtful, intelligent people cannot discuss this question without scorn. This is a very divisive issue, and friends of mine who believe the traditional story bristle when I suggest other options. Some have even abused me verbally. They are entitled to their beliefs. But I am entitled to mine.

O! lest the world should task you to recite
What merit lived in me, that you should love
After my death–dear love, forget me quite,
For you in me can nothing worthy prove.
Unless you would devise some virtuous lie,
To do more for me than mine own desert,
And hang more praise upon deceased I
Than niggard truth would willingly impart:
O! lest your true love may seem false in this
That you for love speak well of me untrue,
My name be buried where my body is,
And live no more to shame nor me nor you.
For I am shamed by that which I bring forth,
And so should you, to love things nothing worth.
(Sonnet 72)

“My name be buried where my body is.”  Yes, Edward.  But O! we Oxfordians are digging it up. 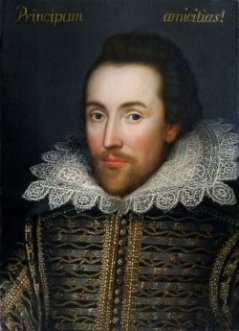 I am starting a blog in order to establish a regular writing habit, with readers. Enjoy!
View all posts by aliceinbloggingland →
This entry was posted in poetry, Uncategorized. Bookmark the permalink.